Justin recorded his first career NFL interception when he picked off San Francisco 49ers QB Colin Kaepernick on Justin’s first defensive snap of the season, returning the interception for the first score in the Cardinals 47-7 win over the 49ers.

The JB & PD ProAm Fore the Cure had an amazing first year and we thank every volunteer, sponsor, celebrity and golfer who made this inaugural charity event and auction possible to raise awareness and monies for The American Cancer Society. Event co-host Patrick Davis, a country music star from Columbia, S.C., kicked off the event by leading a great concert at The Music Farm with special guest Brian McKnight.  The next day, Cobblestone Park in beautiful  Blythewood, South Carolina proved to be a great setting for the golf event. We had lots of fans, friends and colleagues from the sports, music & entertainment world  join us to make it a wonderful event.

We are thrilled to announce the inaugural Justin Bethel & Patrick Davis ProAm Fore The Cure golf tournament. Arizona Cardinal cornerback Justin Bethel & renowned singer-songwriter Patrick Davis are teaming up with the American Cancer Society for this exciting event. The festivities will take place on Tuesday, July 21st (NEW DATE) at Cobblestone Park in beautiful Blythewood, South Carolina. Come spend your day in the Carolina sun, watching some great golf and bumping elbows with some of your favorite celebrities. We have some fantastic surprises in store, but you can guarantee we will be showing many of our friends authentic southern hospitality with incredible food, jamming music and our own hometown sparkle.

Mark your calendars for July 21st and get your spectator tickets today right here.

Tuesday, July 21 – Registration for the tournament will begin at 9:30 A.M. with an 11:00 A.M. shotgun start. A post-tournament and awards presentation will occur immediately after the round.

Music + Celebrities + Golfing + A Great Cause. Can’t wait to see you there!

To see what celebrities are attending visit the event Facebook page.  Celebrity appearances are subject to change.

Justin Bethel blended in seamlessly with the other carefree players at the daily Pro Bowl “practices” this week, where the term met only its loosest definition.

He laughed and joked with his Cardinals teammates and others from around the league. Sunday will be his second straight Pro Bowl appearance, and a level of comfort has set in.

“I’m not so worried about ‘I need to be here, I’ve got to do this, I need to wear this,’” Bethel said. “It’s more laid back. You kind of know what to expect and you can enjoy the moment.”

For Bethel, though, there is still work to be done. The other cornerbacks at the Pro Bowl are here for their season-long performance at the position, which has cemented them among the NFL’s top players. Bethel is here as a special teamer.

He can’t help but watch the likes of Joe Haden, Aqib Talib and his Cardinals teammates Antonio Cromartie andPatrick Peterson, hoping to one day be there for the same reason.

“It’s definitely motivation to take it to the next level,” Bethel said. “The next great thing to do is get in as a player. I’ve made it on special teams. Now it’s time to up my game and make it as a corner.”

Special teamers can carve out nice, long careers by excelling strictly at that aspect, and even if Bethel never develops on defense, his ability to make game-altering plays in the blocking and coverage units makes him a valuable piece.

Bethel believes that would be selling himself short. He hasn’t started at cornerback in his three years in the NFL — which is in contrast to each cornerback here, who were all key contributors by their second season — but he only switched to the position full-time in 2013, so it’s not a lost cause.

Bethel’s raw athleticism is on display several times per game, and if he can channel that, there seems little doubt he can become an effective cover man.

“You know what? Bethel is, to me, the most athletic guy I’ve been around,” said Cromartie, who’s spent time opposite Peterson and Darrelle Revis at cornerback. “Just from the standpoint of the freakish talents he has, the quickness he has, he’s fast, he doesn’t mind being physical in the run game, things like that. I really think the sky is the limit for him.”

Patrick Peterson went down this path, making the Pro Bowl as a punt returner as a rookie and following it up the past three years as a cornerback. He said making it the first year on special teams motivated him to return on defense.

“No question, because at the position you play, you want to get recognized at that position,” Peterson said. “You don’t want to be recognized going in as a special teamer. At some point in time, you want to get in as a cornerback. You feel better about it.”

Of course, Peterson had a much better pedigree, excelling in high school and college before becoming the No. 5 overall pick in the 2011 draft. He started all 16 games as a rookie, and it seemed inevitable he would return as a cornerback.

While Bethel’s talent is evident, he was a sixth-round pick from a small school, and the trick will be effectively harnessing his physical gifts. The 2014 season would have been a good chance to get his feet wet, but the addition of Cromartie in free agency pushed Bethel down the depth chart and limited his snaps.

Cromartie is again a free agent, which could open the door for Bethel’s playing time to increase in 2015, although much will depend on his progress and other offseason moves.

Bethel is ready for his chance. He has watched closely the technique of his Pro Bowl teammates, noticing how Cromartie and Peterson challenge wide receivers at the line of scrimmage without giving up their positioning. He studies Seahawks cornerback Richard Sherman, who is more patient and plays off receivers until striking at the right moment.

“Truthfully, I feel like I can do both,” Bethel said. “I feel like I’m athletic enough to switch up where I can do both and play however I need to play, depending on the receiver or the team we’re playing against or what kind of scheme.”

In a game full of stars, Bethel had his impact moment in the 2014 Pro Bowl, screaming down the field in punt coverage and stopping dangerous Vikings return man Cordarrelle Patterson in his tracks. He’s made those plays consistently throughout his career, and he’s perhaps the most dangerous field goal blocker in the game.

It’s quite the success story for the first Pro Bowl player ever from Presbyterian College, but Peterson believes there’s still plenty to be written.

“Honestly, Justin has it,” Peterson said. “He has everything. He has the quickness. He has the speed. He has the ability to go out there and take receivers out of the game. It’s just the mental part of it, because he’s never really played the cornerback position. He always played safety or was blitzing off the edge on (special teams). He never really had the fundamentals down pat.

“Now that he’s had three years, he’s had the opportunity to not only be around me, but be around Jerraud Powers, be around Cromartie. Justin’s been around a lot of great guys, and I can’t wait for him to get his shot, because he has all the intangibles in the world. It looks like this year he’ll be able to start off with a clean slate. It looks like they’ll give him an opportunity to play and I can’t wait to see what’s going to happen.” 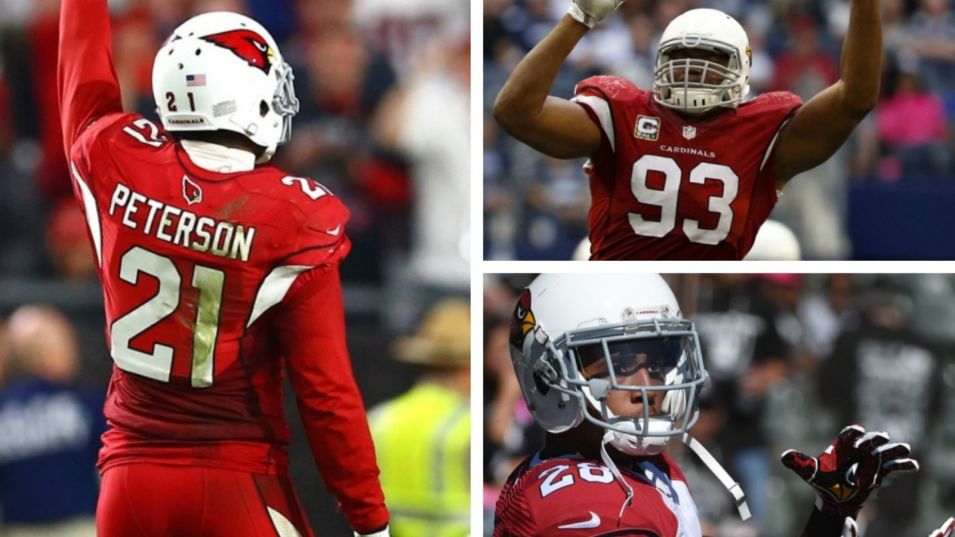 Cardinals defensive end Calais Campbell on Tuesday was selected to his first Pro Bowl, one of three Cardinals who were voted into the game. Patrick Peterson was selected for the fourth consecutive year, the last three as a cornerback. Justin Bethel was selected as a special teams player for the second straight season. The annual Pro Bowl is Jan. 25, a week before the Super Bowl, at University of Phoenix Stadium.
Page 2 of 4 « 1  2  3  4 »