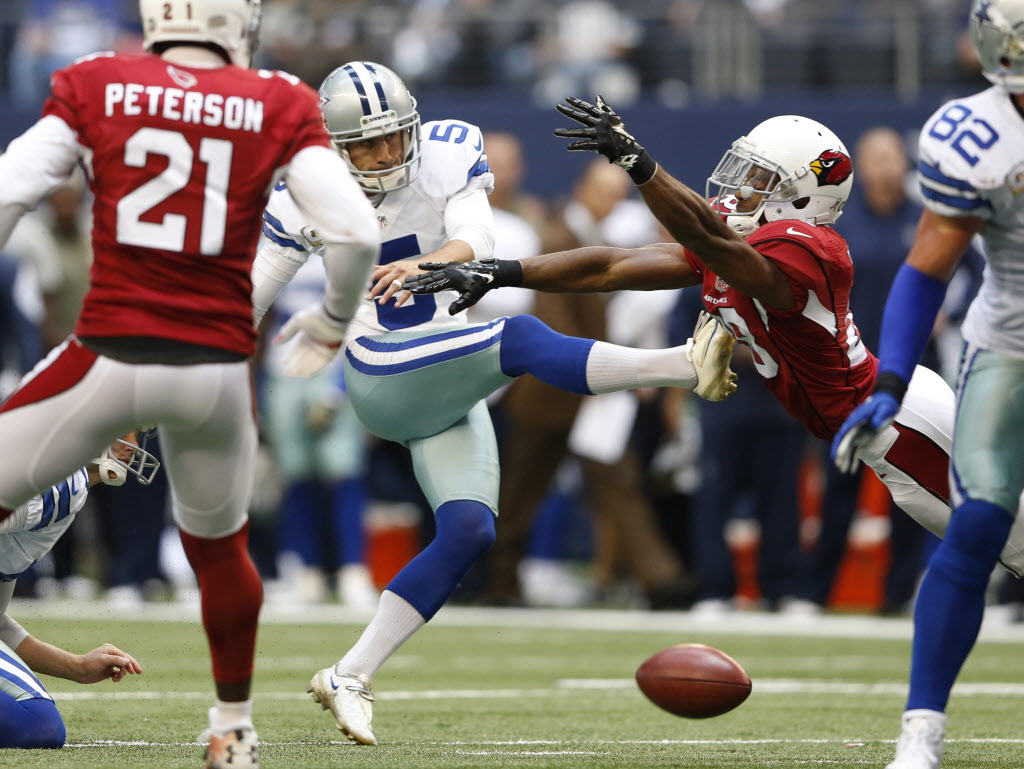 ARLINGTON — A special teams blunder happened at the end of the first half of Dallas’ 28-17 loss to Arizona.

Asked what happened, Bailey said, “I really don’t know… The operation felt good. It’s one of those issues we have to look at on tape and kind of see what went wrong.”

It was Bailey’s second blocked field goal and his first since December 2011, when Jason Pierre-Paul deflected a 47-yard attempt at the end of a 37-34 loss to New York Giants.

“Looks like they bested us,” Cowboys special teams coordinator Rich Bisaccia said of Arizona. “Look at the tape, see what happened, fix it.”